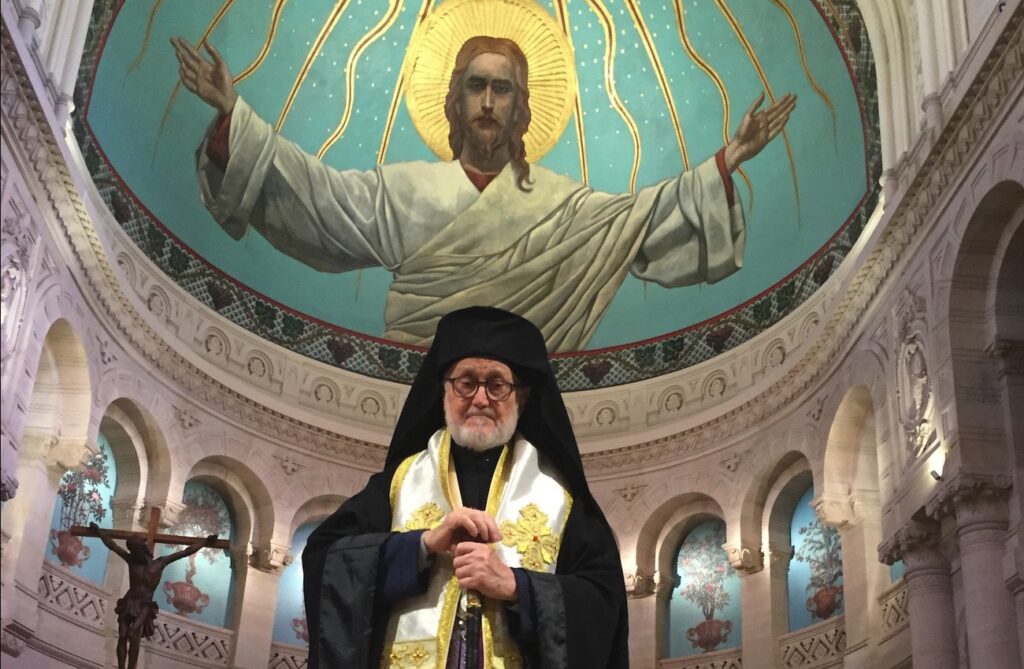 To Clerics, monks and all the faithful of the Archdiocese

On the night of September 14 to 15, 2019, following the communiqué of the Archbishop’s Office announcing his decision to request the canonical attachment to the Moscow Patriarchate, you received a so-called “Archbishop’s Council communiqué”, which disturbed many of you.

This was not a communiqué from the Archdiocesan Council.

Moreover, under no circumstances is there a statutory provision for the possibility of a “self-referral” of the members of the Council, especially if it concerns only a part of them and without the agreement of the other members. One can see serious shortcomings, to which is added the title of the “communiqué”, suggesting that it would emanate from the CA as a whole, which can have no other intention than to mislead, and thereby to cause trouble The content of this “false communiqué” is also very serious. It denies the canonical reality of the attachment of our Archbishop to the Moscow Patriarchate following the request of Archbishop Jean, which was accepted by the Holy Synod of the Moscow Patriarchate. It calls for the outright dismantling of our Archdiocese. It also indicates that a request was made, in the name of the Council ( !), to Patriarch Bartholomew, to whom our Archdiocese no longer has canonical attachment since Saturday, to name … a locum tenens ; while inviting the parishes to get in touch with the metropolis of Rumania, or to the Greek metropolises.

It is astonishing that the authors of the letter can claim that “Metropolitan Joseph of the Romanian metropolis of Western Europe agrees to accept, even if temporarily and reversibly, the members of the clergy, who request it” in the absence of any declaration by Metropolitan Joseph himself. In addition, the appeal to integrate one of the seven metropolises of the Patriarchate of Constantinople confirms, if needed, that the pursued goal is a disintegration of the Archdiocese and therefore its disappearance. No vicariate is actually envisaged.

Finally, how can some members of the Council, taking advantage of “declarations of Archbishop Jean, concerning the possible canonical leaves granted to certain clerics”, arrogate to themselves the right to vouch for this decision and undertake to transfer the clerical records of the clerics concerned to the bishop of the jurisdiction they have chosen ? This is a totally unbelievable usurpation of prerogatives.

We cannot accept in any way to make believe that we could be associated with such manoeuvres, or that they would emanate from the Council of the Archdiocese, whose mission is the preservation of our Archdiocese, and not that of deceiving the clerics and the faithful, stir up trouble, preach canonical absurdity and call for the dismantling of our Archdiocese.

The tensions within the Council in recent months, based on fundamental disagreements, cannot justify such methods, in general, and especially in the Church. Our position is clear, and it follows in every respect that of our Archbishop :
The AGE convened on September 7, following the one of February 23, 2019, which opposed by 93% the Ecumenical Patriarchate, refusing the dissolution of our Archdiocese, pronounced widely for the project of canonical attachment with the Moscow Patriarchate. By this vote, the AGE has declared the rupture of the canonical attachment with the Ecumenical Patriarchate. How it is possible to go on commemorating a patriarch when a large majority of the members of our Archdiocesan Association clearly rejected and expressed the wish to leave ? It should be noted here that no one – including the signatories of the “pseudo-communique” – could deny that the break with the Patriarchate of Constantinople was confirmed by this Emergency General Assembly. Otherwise, why did these signatories also invite the members of our Archdiocese Association to join the Romanian metropolis following some of them ? Simply because among those who voted against the project of attachment with the Moscow patriarchate, many wanted to go elsewhere.

This decision to break the attachment was imposed on our Archbishop. He is the guarantor of the canonical bond of our Orthodox Christianity. He has the responsibility to ensure that this canonical bond is renewed, Sunday after Sunday. Pastorally, the situation forced him to act. The decision taken in Emergency General Assembly, as he says himself, obliged him. The decision to join the Moscow Patriarchate is a pastoral decision. Such a decision cannot be that of a General Assembly, because it belongs to the one who is the guarantor of the pastoral ministry. Only the archbishop has the ability to grant canonical leave. Not the Archdiocesan Council, even if the latter would have validly gathered and deliberated, because this certainly does not fall within its power.

We must warn against the serious, unfortunately ill-intentioned, confusions that have been made, and continue to be spread.

Some of the 12 members of the Council of the Archdiocese cannot claim to constitute the Archdiocesan Council on their own. These members did not validly convene the Board, which therefore did not validly deliberate and cannot make any decision. They cannot communicate on behalf of the Council, let alone ask the Patriarch of Constantinople to appoint a locum tenens, which is , the least one can say, absurd, as some of them have meanwhile joined the Romanian metropolis.

We therefore wrote to Patriarch Bartholomew – on our behalf, and not claiming that we would be the Council as a whole – to let him know that the request did not emanate from the properly constituted Council of the Archdiocese and therefore has no legal value. We call for calm and responsibility. ` Archpriest Jean Gueit Vice President of the Council

Nicolas Lopoukhine Secretary of the Council