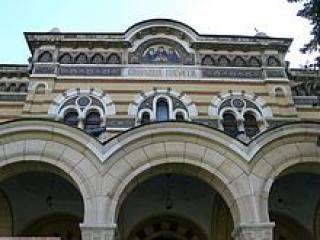 “In connection with the letters received from His Beatitude Patriarch Theophilos III of Jerusalem, in which he sent an invitation to participate in the fraternal gathering of the primates of the Local Orthodox Churches and their delegations in Amman, Jordan, the Holy Synod of the BOC-BP informs that it will refrain from participating in the aforementioned meeting, and, accordingly, will not send its representatives to Amman, the capital of Jordan. The Holy Synod expresses its personal fraternal love for His Beatitude Patriarch Theophilos III of Jerusalem and its deep reverence for the Patriarchate of Jerusalem, the thousands-of-years-old guardian of the lifegiving Tomb of the Lord.”