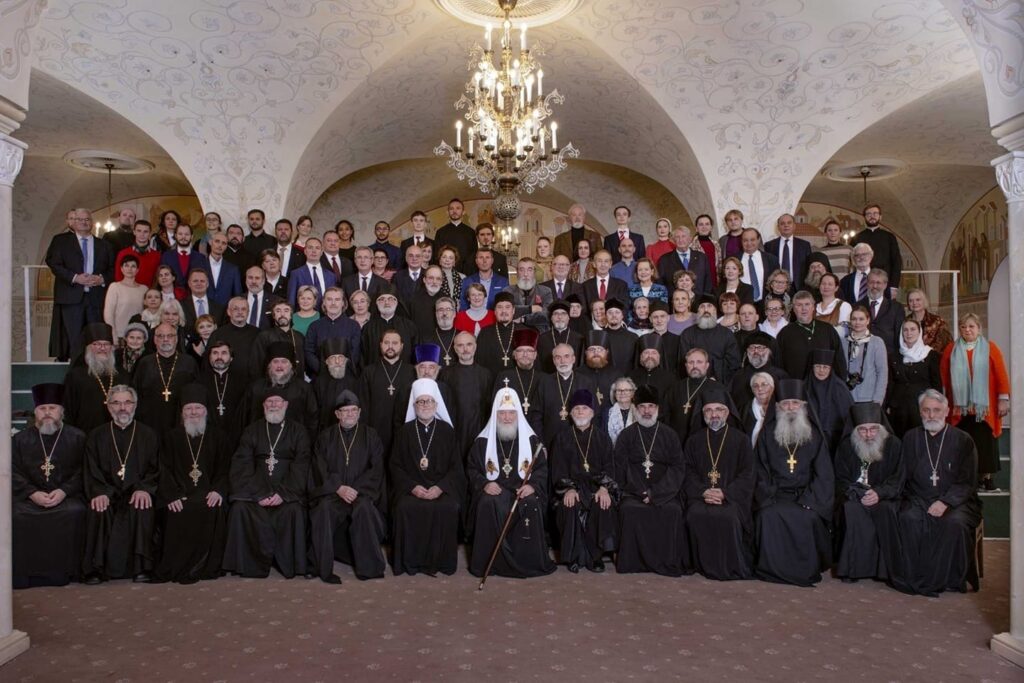 “The matter is not that the political situation has changed,” His Holiness Patriarch Kirill said, in particular, “not that Russia and Western Europe or relations between the countries have changed, not that a new generation has grown up or people have realized the necessity to take this step. Any human factor could have a positive or negative effect with regard to today’s event, for so many men, so many minds, and opinions can differ. However, against all odds, we all, no matter where we are from – from the Western European countries where the Archdiocese is present, from Russia or other countries where the Moscow Patriarchate is present – have come to this wonderful point of complete accord.”

“For me it is a testimony not to human wisdom, but to the power of God. No matter how many meetings the most experienced church diplomats could hold to work out some amazing wordings, at any moment the process could be stopped and reversed. I belong to the generation of the Russian Orthodox Church’s clergy who engaged in the dialogue with the Archdiocese and the Russian Church Abroad, as well as with other religious organizations in Europe and America. I remember that despite complete like-mindedness the interlocutors could not arrive at solutions which would lead to reunification. However good personal relations with priests, laity and youth were, people could not step over the line of division, and not because someone interfered in Moscow or Paris,” the Primate of the Russian Orthodox Church also said.

“So, what does today’s unification mean?” His Holiness continued, “Perhaps it means that we had to drain the cup of division created by human sin, revolution, civil war, alienation, and to complete this difficult journey so that the Lord may show us His mercy and say: Children, that is enough! Unite!”

“It all occurred as He said. I have no other explanation. For if everything would follow our ordinary human logic, surely, at some point something would happen again to postpone the achievement of results of our negotiations. However, it did not happen. And our first and only gratitude is not to the Patriarch, not to Vladyka John, not to our Synod and not to your conciliar institutions, but to the Lord Who showed mercy to all of us, saying: Enough, you have drained the cup of division: now unite and remember that no such thing must happen again,” His Holiness Patriarch Kirill added.

“I believe this is the most important spiritual lesson that we can draw from what happened to us in the past and led us to the present day, to the miracle of concelebration of the Divine Liturgy at the Cathedral of Christ the Saviour. Therefore, I would like to wish us all to learn this Divine lesson and establish such relations between hierarchs and between dioceses both in the territory of Russia and beyond, so that we do not disobey the will of God anymore. For we have drained the cup of suffering, and the Lord had mercy and united us all by His Divine power in the Holy Eucharist today. Glory be to Him unto ages of ages. Amen,” the Primate of the Russian Church said in conclusion.