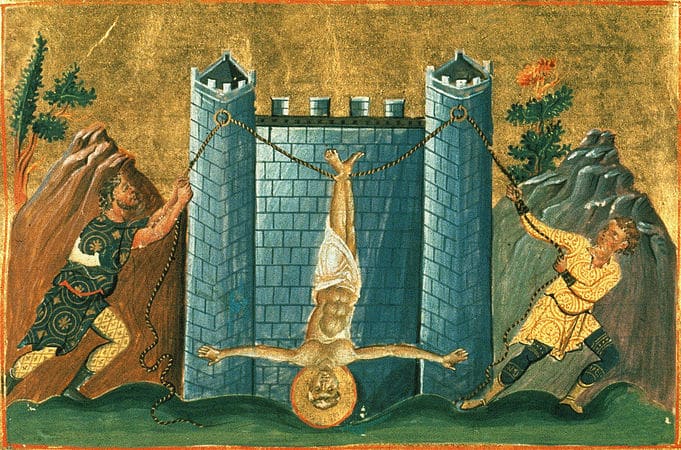 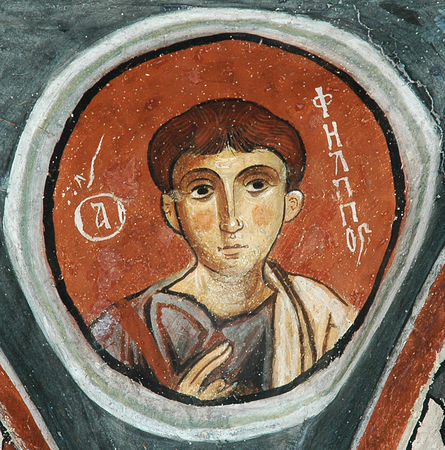 The Holy and All-praised Apostle Philip was a native of the city of Bethsaida in Galilee. He had a profound depth of knowledge of the Holy Scripture, and rightly discerning the meaning of the Old Testament prophecies, he awaited the coming of the Messiah. Through the call of the Savior (John 1:43), Philip followed Him. The Apostle Philip is spoken about several times in the Holy Gospel: he brought to Christ the Apostle Nathaniel (i.e. Bartholomew, April 22, June 30, and August 25. See John. 1:46). The Lord asks him where to buy bread for five thousand men (John. 6: 5-7). He brought certain of the Hellenized Jews wanting to see Jesus (John. 12:21-22); and finally, at the Last Supper he asked Christ to show them the Father (John. 14:8).

After the Ascension of the Lord, the Apostle Philip preached the Word of God in Galilee, accompanying his preaching with miracles. Thus, he restored to life a dead infant in the arms of its mother. From Galilee he went to Greece, and preached among the Jews that had settled there. Some of them reported the preaching of the Apostle to Jerusalem. In response, some scribes arrived in Greece from Jerusalem, with one of the Jewish chief priests at their head, to interrogate the Apostle Philip.

The Apostle Philip exposed the lie of the chief priest, who said that the disciples of Christ had stolen away and hidden the body of Christ. Philip told instead how the Pharisees had bribed the soldiers on watch, to deliberately spread this rumor. When the Jewish chief priest and his companions began to insult the Lord and lunged at the Apostle Philip, they suddenly were struck blind. By his prayer the Apostle restored everyone’s sight. Seeing this miracle, many believed in Christ. The Apostle Philip provided a bishop for them, by the name of Narcissus (one of the Seventy Apostles, January 4).

From Greece the Apostle Philip went to Parthia, and then to the city of Azotus, where he healed an eye affliction of the daughter of a local resident named Nikoklides, who had received him into his home, and then baptized his whole family.

From Azotus the Apostle Philip set out to Syrian Hieropolis (there were several cities of this name) where, stirred up by the Pharisees, the Jews burned the house of Heros, who had taken in the Apostle Philip, and they wanted to kill the apostle. The apostle performed several miracles: the healing of the hand of the city official Aristarchus, withered when he attempted to strike the apostle; and restoring a dead child to life. When they saw these marvels, they repented and many accepted holy Baptism. After making Heros the bishop at Hieropolis, the Apostle Philip went on to Syria, Asia Minor, Lydia, Emessa, and everywhere preaching the Gospel and undergoing sufferings. Both he and his sister Mariamne (February 17) were pelted with stones, locked up in prison, and thrown out of villages.

Among those healed was the wife of the city prefect, Amphipatos. Having learned that his wife had accepted Christianity, the prefect Amphipatos gave orders to arrest Saint Philip, his sister, and the Apostle Bartholomew traveling with them. At the urging of the pagan priests of the temple of the serpent, Amphipatos ordered the holy Apostles Philip and Bartholomew to be crucified.

Suddenly, an earthquake struck, and it knocked down all those present at the place of judgment. Hanging upon the cross by the pagan temple of the serpent, the Apostle Philip prayed for those who had crucified him, asking God to save them from the ravages of the earthquake. Seeing this happen, the people believed in Christ and began to demand that the apostles be taken down from the crosses. The Apostle Bartholomew was still alive when he was taken down, and he baptized all those believing and established a bishop for them.

But the Apostle Philip, through whose prayers everyone remained alive, except for Amphipatos and the pagan priests, died on the cross.

The holy Apostle Philip is not to be confused with Saint Philip the Deacon (October 11), one of the Seventy.

Kontakion  of the saint, tone 3

Your disciple, friend and imitator of Your passion, the God-preaching Philip, proclaimed You to the universe! By his prayers deliver Your Church from her enemies; through the Theotokos protect every city, most merciful Christ!

9
For I think that God has displayed us, the apostles, last, as men condemned to death; for we have been made a spectacle to the world, both to angels and to men.
10
We are fools for Christ’s sake, but you are wise in Christ! We are weak, but you are strong! You are distinguished, but we are dishonored!
11
To the present hour we both hunger and thirst, and we are poorly clothed, and beaten, and homeless.
12
And we labor, working with our own hands. Being reviled, we bless; being persecuted, we endure;
13
being defamed, we entreat. We have been made as the filth of the world, the offscouring of all things until now.
14
I do not write these things to shame you, but as my beloved children I warn you.
15
For though you might have ten thousand instructors in Christ, yet you do not have many fathers; for in Christ Jesus I have begotten you through the gospel.
16
Therefore I urge you, imitate me.