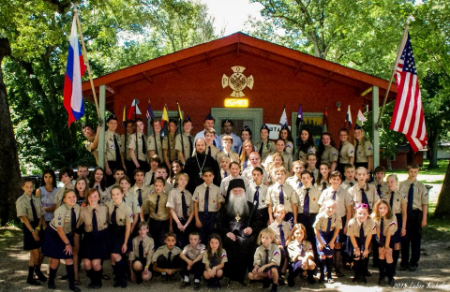 After World War II, a Russian-speaking settlement was founded 113 miles West of Chicago, near Rock City, Illinois. In the 1960s, Archbishop Seraphim of Chicago organized a children’s camp there, focusing on Orthodox education and activities. Today, hundreds of children participate every Summer in the ORPR Camp, (picture credit) helped by many volunteers.

After a decline in the population of the village, Russian compatriots are coming back, and Vladimirovo (named after Saint Vladimir) counts now over150 inhabitants, with many school children. The village has a beautiful chapel. A major Festival is organized every year at the end of July at the occasion of Saint Vladimir’s Feast Day.