An international academic gathering of scholars, pastors, clinicians, and other expertstook place in Oxford from 16th to 19th August, at which contemporary issues of sex, gender, and sexuality were discussed in relation to the Orthodox Church. 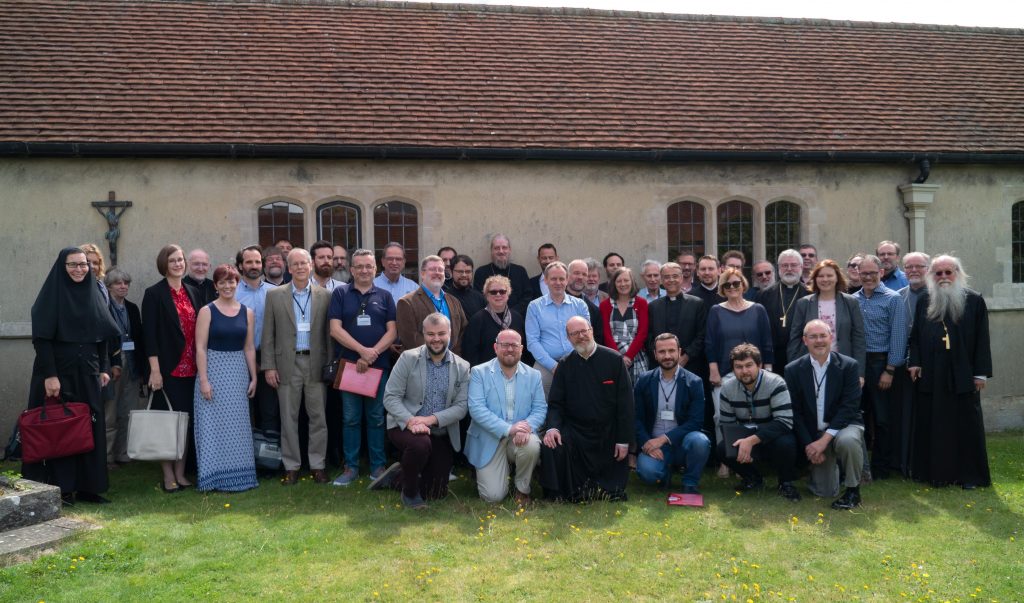 The conference was supported by the British Council as part of the second iteration of its “Bridging Voices” project. It was organised by a consortium of scholars from the University of Exeter and the Orthodox Christian Studies Center at Fordham University.

Some fifty scholars gathered from across the globe. They brought a diversity of professional expertise and experience, and represented a range of academic disciplines including theology, philosophy, church history, and canon law, and fields within the natural and social sciences. Orthodox clergy from multiple jurisdictions, LGBTQ+ activists, and clinicians were in attendance. A small number of ecumenical observers from the Church of England and the Catholic Church also took part.

The goal of the meeting was neither to reach immediate consensus nor issue common statements but rather to stimulate dialogue among experts in order to help the Church discern responses to urgent pastoral needs that are both truthful and pastorally-sensitive. The meeting was strictly unofficial: all participants attended in a private capacity and the Church hierarchy was not involved in a formal capacity. This arrangement, together with strict observation of the Chatham House Rule, ensured that all participants could speak freely, without fear of misrepresentation.

Views were heard from every perspective. Participants who strongly support, defend, and adhere to the traditional teachings and disciplines of the Orthodox Church spoke alongside those who find them somehow problematic—and many contributed perspectives along a continuum between these positions. A range of opinions and practical approaches were shown to exist already within the Church.

The genuine dialogue demonstrated deep respect for contrasting positions alongside a strong desire for co-operation and faithfulness to the Orthodox tradition. Full attention was given not only to the teachings and practices of the Church emerging from its pre-modern and Eastern consciousness but also to the need to address modern Western challenges which have come to dominate the modern world.

The gathering can serve as a model of how issues of sex, sexuality, and gender can be approached without the recriminations and polarization that too often characterize this discussion. Indeed, the conference is surely unique to date in world Orthodoxy in its achievement of creating a hospitable context in which all participants—conservative, progressive, and everything in between—could express themselves and be heard and seen in their full, complex humanity in process of drawing nearer to Christ.

Whatever their stances, conference participants agreed on a number of points: The dignity of all humans must always be respected. Violence must be excluded. Pastoral compassion is essential. Dialogue must continue, in the same respectful and gracioustone that characterized this gathering.

An international gathering of scholars, pastors, clinicians, and other experts took place in Oxford from 16th to 19th August, at which contemporary issues of sex, gender, and sexuality were discussed in relation to the Orthodox Church. The goal of the unofficial meeting was to stimulate dialogue among experts in order to help the Church discern responses to urgent pastoral needs that are both truthful and pastorally-sensitive. Participants who strongly support, defend, and adhere to the traditional teachings and disciplines of the Orthodox Church spoke alongside those who find them somehow problematic—and many contributed perspectives along a continuum between these positions. All agreed that dialogue must continue in the same uniquely respectful and gracious tone that characterized this gathering.

The conference is part of a three-year research project funded by a generous grant from the British Council, Friends of the British Council, and the Henry Luce Foundation. This press release is issued in the name of the organisers of the project “Contemporary Eastern Orthodox Identity and the Challenges of Pluralism and Sexual Diversity in a Secular Age,” Dr Brandon Gallaher and Prof. Aristotle Papanikolaou (Principle Investigators) and Prof. George Demacopoulos, Dr Edward Skidelsky, and Gregory Tucker (Additional Partners) and must not be represented as the agreed statement of the conference.