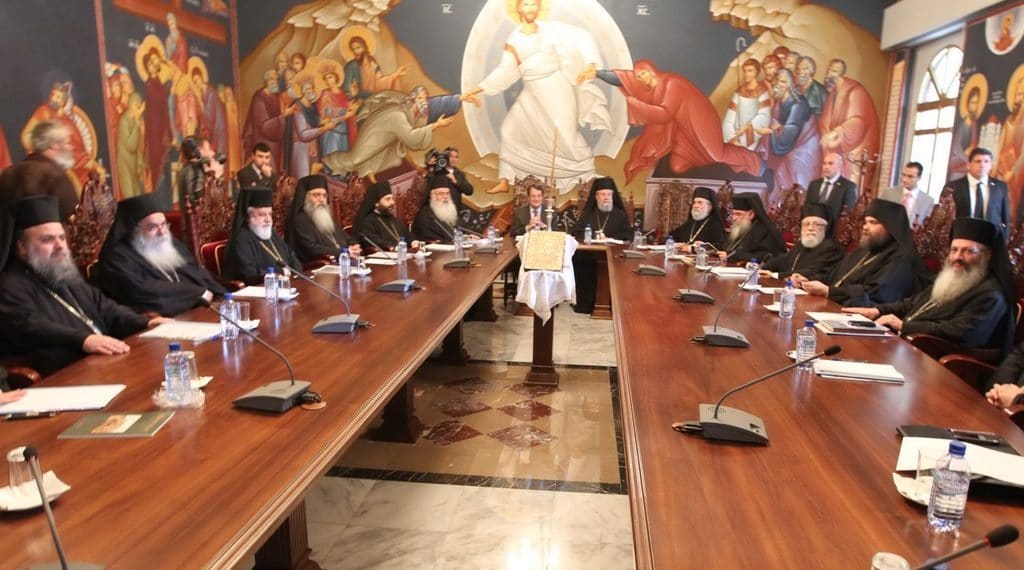 During its February 18, 2019 extraordinary session, the Holy Synod of the Cyprus Orthodox Church agreed on the following communiqué on the situation in Ukraine:

“The Holy Synod of the Church of Cyprus convened today, Monday, February 18, 2019, for an extraordinary session chaired by His Beatitude Archbishop Chrysostom of Cyprus to discuss in detail the issue of the autocephaly of the Ukrainian Church. Given its development, the issue is connected to the unity of the Orthodox Church as a whole.

Aware of the responsibility of the Cypriot Church for the entire Orthodox Church, as one of the ancient autocephalous Churches which received autocephaly from the Ecumenical Council, the Holy Synod, refraining from phyletism or interference in jurisdiction and rights and pursuing no benefit of its own, decided to present its point of view regarding the principles that should guide the relationships between the Orthodox Churches, with the strong belief that respecting these principles can help resolve the crisis.

If we follow in good faith these above principles and show readiness to comply with the holy canons of the Orthodox Church, then the Ukrainian issue and all the other issues afflicting the life of the Church will be solved.

As for the specific issue of the autocephaly of the Ukrainian Church, we believe that:

The announcement of the granting of autocephaly to the Ukrainian Church by the Ecumenical Patriarchate was aiming at achieving reconciliation and unity of the Church in this country. We do not question this goal. However, today this goal has not been achieved so far. It is reasonable to leave some time for the result to be seen. If the goal is not achieved, we expect the Ecumenical Patriarch to take advantage of his role as moderator, having the first position in the Orthodox world, and either to convene a Pan-Orthodox Council or a primates’ conference in order to resolve this issue. Our main concern should be the salvation of God’s people living there [in Ukraine].

However, even if unity is achieved around the new church leadership, the Ecumenical Patriarchate must also find a way of reassuring the faithful regarding the validity of the ordinations and sacraments performed by these Church leaders. And still, understanding the sensitivity of the Russian people in relation to the place where their ancestors received baptism, the Ecumenical Patriarchate needs to ensure they have an appropriate jurisdiction there.

The Church of Cyprus remains available to all interested parties, in order to bring peace to the Church, “which the Lord secured with His own blood” (Acts 20:28).”