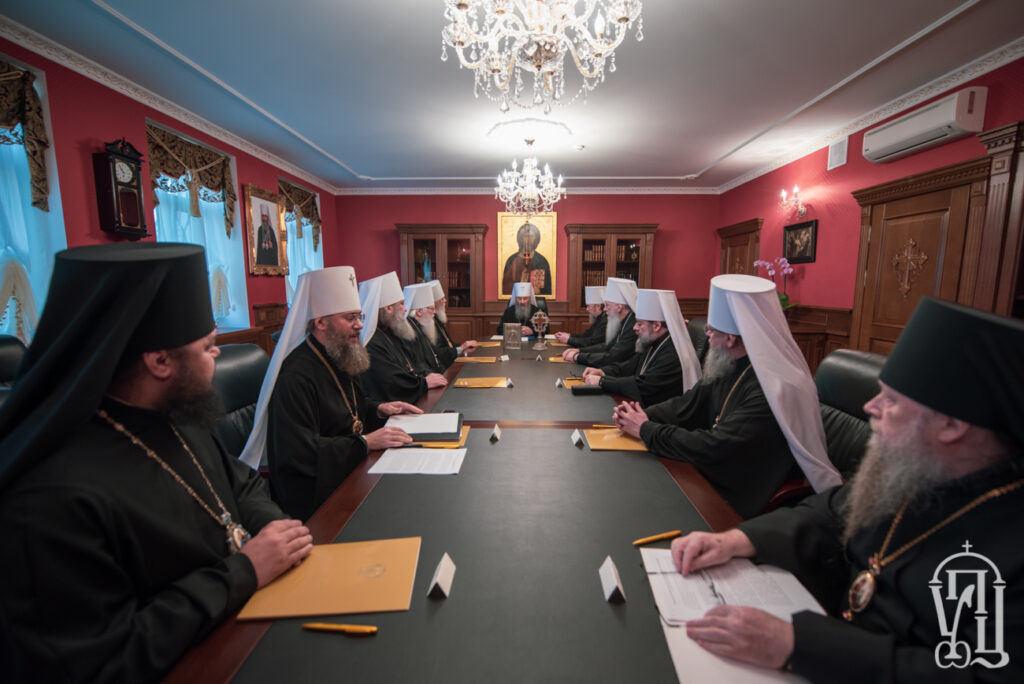 On November 13, His Beatitude Metropolitan Onufriy of Kyiv and All Ukraine presided the session of the Assembly of the Ukrainian Orthodox Church, which took place at the Kyiv Caves Lavra, following the session of the Holy Synod of the Ukrainian Orthodox Church. 83 bishops out of 90 bishops who have the right to vote took part in the assembly and adopted the following message:

Source in Ukrainian and Russian