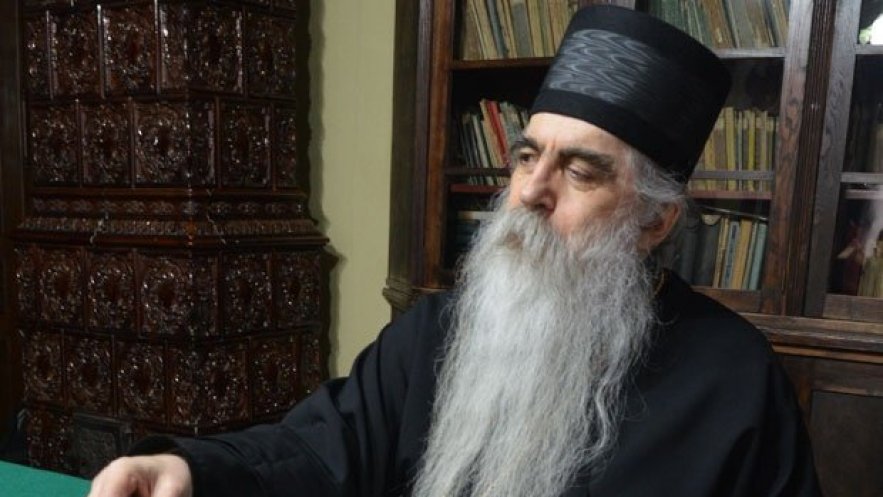 Following Patriarch Irinej of Serbia’s letter to Patriarch Bartholomew, expressing the position of the Serbian Orthodox Church on the Ukrainian question, Bishop Irinej (Bulović) of Bačka, in a personal capacity, clarified point 5 of the letter, concerning the concelebration of the Serbian clergy with the Patriarchate of Constantinople:

“In many local Orthodox Churches, the position of the Serbian Orthodox Church meets approvals and congratulations. Nevertheless, in some who have written to us, there is perplexity: as Patriarch Bartholomew was the first to concelebrate with Epifaniy, a man deprived of the grace of the episcopate, has our Church broken communion with Patriarch Bartholomew, who invokes his rights and privileges as primus inter pares, and temporarily, I hope, is ignoring the word of Christ according to which the first in the Church is the one who wants to be the servant of all, following His example, the first in the absolute sense, who did not come to be served, but rather to serve and give His life for the multitude, for all.
Besides, either by misunderstanding or by malicious intent, some sites plainly declare that our Church has ceased communion with the whole Church of Constantinople, in its entirety. In this regard, I propose the following reflections and explanations. The communion between Churches is not broken in this way. It is easy to interrupt it, but it is much more difficult to restore it. In the synodal text, there is no mention of ceasing communion with Constantinople. Even the Patriarchate of Moscow didn’t go to the extreme, in spite of its interruption [of communion] as a sign of strong protest because of what Constantinople did in Ukraine. The Patriarchate of Moscow maintains communion with Mount Athos, although partially, in the first place with St. Panteleimon Monastery.
Moreover, even at the Constantinople Patriarchate, there are well-known hierarchs and theologians who do not agree with the actions of His Holiness Patriarch Bartholomew in Ukraine (for example Metropolitan Kallistos Ware).
Faced with such challenges and hardship, we do not act hastily but with discernment, in the hope that the grace of the Holy Spirit will quickly heal our weaknesses. At the same time however, we cannot neglect the obligatory canonical norm for all, that there is no communion with the excommunicated, that is, with those who voluntarily, of their own free will, deprived themselves of the community that enjoys divine grace.
Nor can we erase the essential difference between the Church and schism, between the legitimate heirs of the holy Apostles and “self-consecrated” impostors.
It is also a question of the relationship with individual persons in the episcopate, the clergy and the people, and not with the Churches as such. For this reason, our Holy Synod mentions this canonical norm in a responsible and timely manner, and calls for its implementation, but without haste, rather with discernment, and doing everything possible so that the Lord may restore the grace-filled gift of unity to the Church.

Thus, it [the Holy Synod] says that it recommends its hierarchs and clerics to avoid communion with those who find themselves in an obvious canonical problem. Therefore, it does not require nor command the immediate and compulsory breaking of Communion before the conciliar decision of the Assembly of Bishops.
Moreover, any such important, difficult and far-reaching decision, lies outside the scope of the Synod’s powers. Only the Assembly of all the hierarchs can make it.
In my humble personal opinion, the synodal recommendation means that those who apply it will follow the canonical acribia, whereas those who don’t will for now follow the path of legitimate canonical economia. How all this will end, only God knows. If the local Orthodox Churches overcome all the expected pressures and remain on their current common position of not recognizing Denisenko, Dumenko and their group, it will in fact signify a general agreement with the principled position of our Church.
But if some Churches give in, it will inevitably lead to the end of the ecclesiastical economy period of hope and expectation, and will mark the beginning of great trouble, with even more fragile unity, including within a local Church. It will be the prelude to lasting canonical chaos, and perhaps, God forbid, to doctrinal and ecclesiological disagreements and disputes. When schism is accompanied by dogmatic differences, these only get worse with time, and the schism deepens in such a way that as long as it lasts, only the Holy Spirit can eliminate the discord between Churches.
Church history is full of examples confirming this sad truth. May God let this history be for us a teacher of life, and let unity, peace, harmony, and love reign once again among the Churches of God, and especially among their primates, archpastors, and pastors, called to be the disciples of the only Good Shepherd, our Lord Jesus Christ!