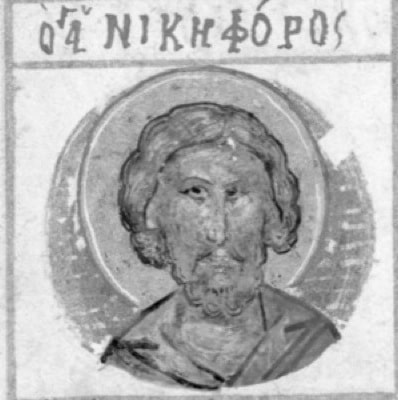 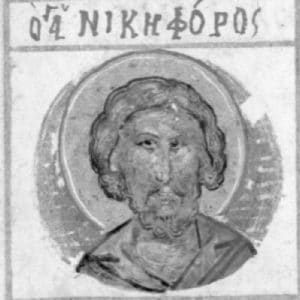 The Holy Martyr Nicephorus lived in the city of Syrian Antioch. In this city lived also the presbyter Sapricius, with whom Nicephorus was very friendly, so that they were considered as brothers. They quarreled because of some disagreement, and their former love changed into enmity and hate.

At this time the emperors Valerian (253-259) and Gallius (260-268) began to persecute Christians, and one of the first brought before the court was the priest Sapricius. He firmly confessed himself a Christian, underwent tortures for his faith and was condemned to death by beheading with a sword. As they led Sapricius to execution, Nicephorus tearfully implored his forgiveness saying, “O martyr of Christ, forgive me if I have sinned against you in any way.”

The priest Sapricius remained stubborn, and even as he approached death he refused to forgive his fellow Christian. Seeing the hardness of his heart, the Lord withdrew His blessing from Sapricius, and would not let him receive the crown of martyrdom. At the last moment, he suddenly became afraid of death and agreed to offer sacrifice to idols. In vain did Saint Nicephorus urge Sapricius not to lose his reward through apostasy, since he already stood on the threshold of the heavenly Kingdom.

Troparion of the Afterfeast, tone 1

Your holy martyr Nicephorus, O Lord, / through his suffering has received an incorruptible crown from You, our God. / For having Your strength, he laid low his adversaries, / and shattered the powerless boldness of demons. / Through his intercessions, save our souls!

Kontakion of the saint, tone 1

Bound with chains of love, O Nicephorus, / you demolished the malice of hatred. / And when beheaded, you became a holy martyr for the Incarnate Savior. / Pray to Him for us who praise your glorious memory in song.

Kontakion of the Afterfeast, tone 1

3
And being in Bethany at the house of Simon the leper, as He sat at the table, a woman came having an alabaster flask of very costly oil of spikenard. Then she broke the flask and poured it on His head.
4
But there were some who were indignant among themselves, and said, “Why was this fragrant oil wasted?
5
For it might have been sold for more than three hundred denarii and given to the poor.” And they criticized her sharply.
6
But Jesus said, “Let her alone. Why do you trouble her? She has done a good work for Me.
7
For you have the poor with you always, and whenever you wish you may do them good; but Me you do not have always.
8
She has done what she could. She has come beforehand to anoint My body for burial.
9
Assuredly, I say to you, wherever this gospel is preached in the whole world, what this woman has done will also be told as a memorial to her.”