Construction of the Romanian Orthodox Church has resumed in Nice, and Metropolitan Joseph visited. 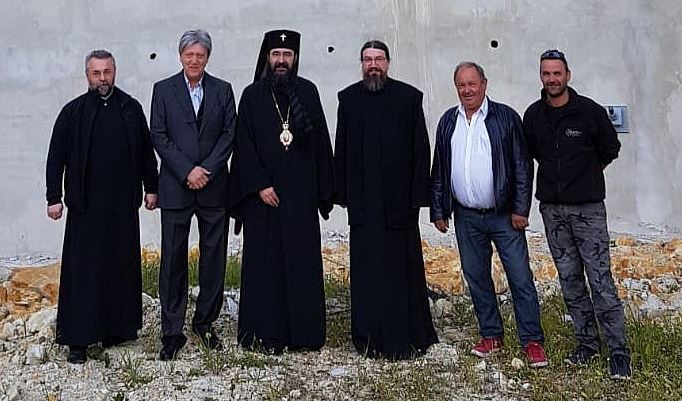 Construction work on the church of Saints Constantine-Helena and Nicholas Romanian Orthodox parish has resumed in Nice. Due to lack of funds, work had been interrupted. To mark their resumption, Metropolitan Joseph of Western and Southern Europe (Patriarchate of Romania) went to visit the place on March 20th.
On this occasion, he celebrated the service of the blessing of the waters, followed by the Unction service. Archpriest Radu Tolecan, the rector of the Romanian Orthodox community of Nice, concelebrated with the hierarch. Many faithful of Nice and the surrounding area participated in the service. In his homily, Metropolitan Joseph recalled that by participating in the construction of a church, we are building “the house of heaven on earth”, as “the whole heaven is in the church is”. For this reason, all the faithful must be involved in its construction, each according his or her possibilities, underlined the Metropolitan.
Finally, he performed the chirothesis (imposition of hands) on three priests, thus giving them the right to confess. They will exercises their spiritual responsibility for the Orthodox faithful in the region of Nice and Corsica.

Source (with picture) in Romanian