Daniel Struve, the editor-in-chief of the YMCA-Press publishing house, and a member of the editorial board of the magazines "Vestnik RHD" and "Messager Orthodoxe" answered questions on the Credo.press website. 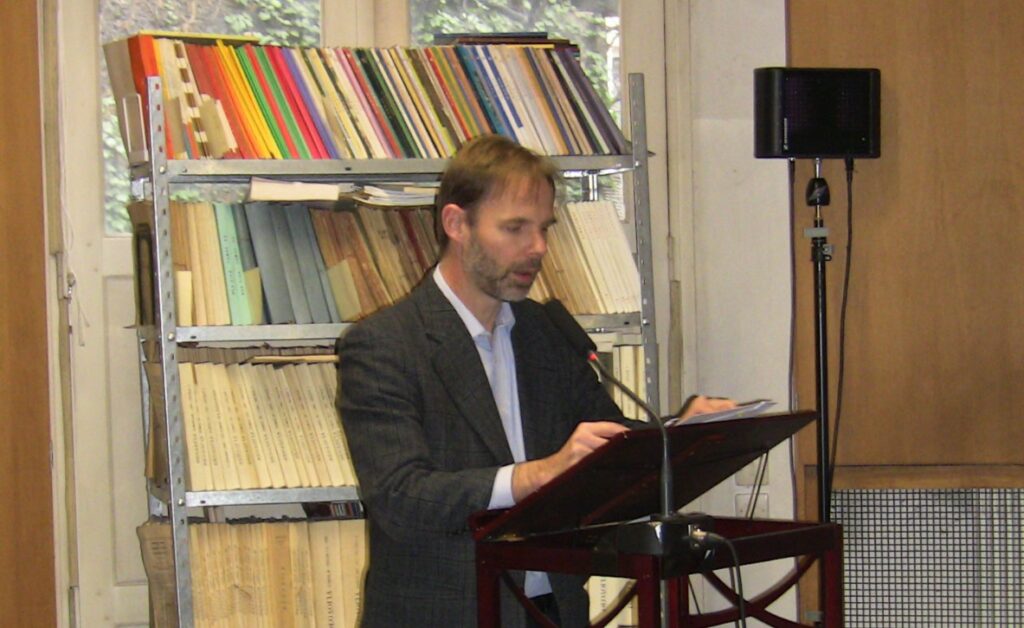 Credo. Press: Is it true that some of the clergy and lay people of the Archdiocese of Russian Churches in Western Europe are opposed to Archbishop Jean Renneteau’s [Archbishop John of Charioupolis] decision to convene an extraordinary general assembly on September 7th? What is the probability of it being boycotted?

No doubt clergy members and lay people support procrastination. But inaction cannot be a response to the challenge facing the Archdiocese today, and it seems to me that everyone is beginning to realize it. A boycott of the assembly seems unlikely. In any case, it would mean a break in the unity of the diocese gathered around the bishop, that is to say, the end of the Archdiocese.

– Archbishop John participated in negotiations with hierarchs of the Russian Church in Vienna on June 21. Do you consider this was justified, especially as it was done without informing two members of the commission created by the general assembly of the Archdiocese to resolve the question of their canonical status, and to conduct such negotiations?

– D.S.: This is a purely internal matter of the Archdiocese. I see no reason or interest in making it a subject of public discussion, except to destabilize the situation. Those interested in the internal organization of the Archdiocese can find out about its statutes on the official website.

– Is it true that a conflict occurred during the June 28th meeting of the diocesan council, after which Archbishop John left the meeting? And if so, what is the cause of this conflict?

– D.S.: Not being a member of the diocesan council, I cannot know nor comment on what happens during non-public sessions of this council. This is a news item published by Credo.ru based on information obtained from anonymous sources, which indicates a conflict between board members. This is an internal affair of the Archdiocese which has its own bodies of administration and control. I do not see the need to make it a subject of public discussion at this stage.

– You claim that Credo.ru published false information about Bishop Savva Tutunov serving as a consultant to Archbishop John in drafting the July 5 documents (convening the General Assembly on September 7). How do you know about this, and how do you know who was in charge of the technical work in preparing these documents?

– D.S.: I do not claim knowing exactly who was in charge of the technical aspect of the preparation of the documents, but the information you published seems to me perfectly far-fetched. The official documents of the Archdiocese are written in French and then translated into Russian. The style of the translations varies according to the translator. There is no material for speculation here.

– How do you personally see the future of the Archdiocese, given the strong will of a significant part of its clergy and laity not to be canonically attached to the Moscow Patriarchate?

– D.S.: The decision taken by the Constantinople Patriarchate at the end of last year to abolish the Archdiocese constitutes a threat to the very existence of our diocese. Only the unexpected refusal of Archbishop John to submit to the decision of the Patriarch and its Synod still allows us to speak of the Archdiocese in the present or even in the future tense, and not in the past tense.

We have to make a difficult choice. I see only three possible scenarios: to put an end to our existence and to melt into Greek metropolitanates, as required by Patriarch Bartholomew; to try to prolong the existence of the Archdiocese within the Moscow Patriarchate; or not to decide anything and let the Archdiocese fall apart.

At the beginning of the discussion, other possible outcomes were mentioned, but they remained at the stage of simple conversations. However, some parishes have already left the Archdiocese and the danger of division increases with time.

Today, the task of all who hold the future of the Archdiocese in their hands is first and foremost to arrive at an accurate understanding of the situation, and to make the difficult choice that best serves to preserve ecclesial unity and the Orthodox testimony in Western Europe.

We all readily talk about “conciliarity”, but reaching consensus from differing positions is not an easy task. Conciliarity does not remove the hierarchical principle in the organization of the Church. In the difficult decisions to be made by the Archdiocese, a key role will belong, on the one hand, to Archbishop John, the guarantor of the unity of the diocese, and on the other hand, to the representatives of the parishes, for whom the Archdiocese is not a view of the mind or an idea, but the life and concrete reality of the Church.

Personally, I am in favor of preserving the diocesan structure of the Archdiocese, which means leaving the jurisdiction of the Constantinople  Patriarchate and joining the Moscow Patriarchate. We simply have no other solution if we want to keep the diocese. If this decision does not get enough support, I prefer a peaceful and organized dissolution of the Diocesan Union, to an uncontrolled collapse and the conflicts that would ensue.

Interview with Alexander Soldatov, translated in French from the Russian for Orthodoxie.com