Archbishop Tikhon of Podolsk, (Diocese of Berlin and Germany - Moscow Patriarchate), proposed the method of free election of the President of the Assembly of Orthodox Bishops in Germany. 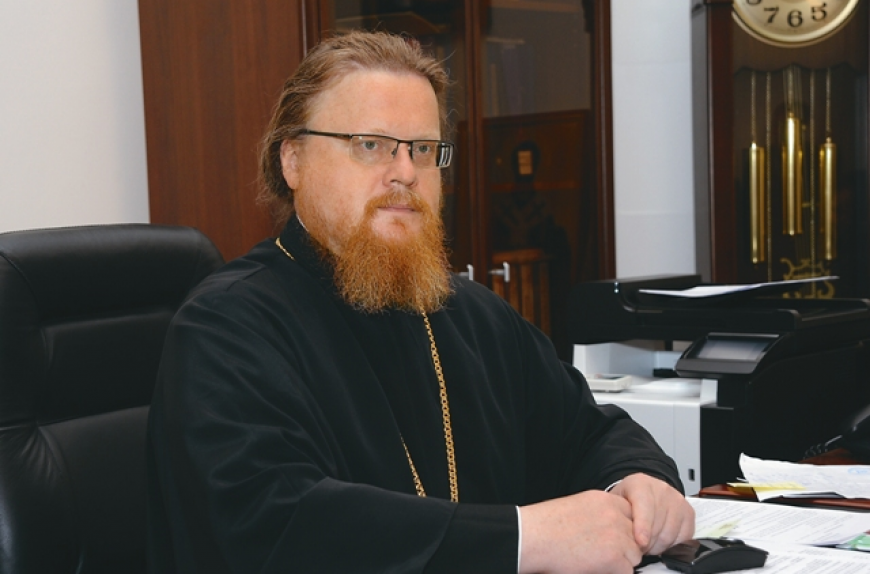 Archbishop Tikhon of Podolsk, the head of the diocese of Berlin and Germany (Moscow Patriarchate), sent the following appeal to the members of the Assembly of Orthodox Bishops in Germany, dated March 19, 2019:

Your Eminences and Excellencies,

At the meeting of the Russian Orthodox Diocesan Council of Berlin and Germany in March of this year, we discussed the situation which has developed in the field of pan-Orthodox cooperation in Germany.

After a thorough examination of the current situation, the members of the Diocesan Council were forced to note that Patriarch Bartholomew’s actions in Ukraine and his refusal to listen to the conciliar voice of many local Churches, have notoriously complicated the constructive pan-Orthodox cooperation that had been previously taking place in dioceses abroad, especially in Germany. Sharing the pain due to oppression experienced by the Ukrainian Orthodox Church on the part of the State and schismatic structures, and submitting to the decision of its hierarchy, the hierarchs and clergy of the Russian Orthodox Church were forced to suspend their participation in meetings held under the chairmanship of the clergy of the Patriarchate of Constantinople.

This is all the more sad, since we have accomplished a lot in Germany these past 25 years, thanks to fraternal communion and the joint work of the archpastors and clergy of the Orthodox dioceses, first of all within the framework of the Commission of the Orthodox Churches in Germany (KOKiD) and then the Assembly of Orthodox Bishops in Germany (OBKD). Particular mention should be made of the successes achieved in the field of education and catechism, social work, youth work, connections with society and the media, and collaboration with the representatives of the Roman Catholic and Evangelical Church of Germany, as well as religious organizations.

Dear brother bishops, taking all this into account, it is necessary to do everything we can, not only so we do not lose, but rather multiply what has been achieved these past decades. For this, we must use all available possibilities that would help us to continue the fruitful work for the good of the pleroma of the Orthodox Church in Germany. One of them is the return to the true synodality of the Church, based on the principles of hierarchical equality and fraternal love.

In the sole interest of the good of the Church, we propose to examine the question of regular rotation, and thus of the free election of the President of the Assembly of Orthodox Bishops in Germany, among all its participants. In this case, all Orthodox hierarchs of Germany, regardless of their jurisdiction, will be able to continue to work for the glory of the Holy Church. And this option could precisely be the one laying the foundation for the progressive healing of the wound currently affecting the Body of Christ.

In this situation, where on one side we find ambitions for power of the Constantinople Patriarchate, which has unfortunately lost the understanding of its own identity, and on the other, the preoccupation of the unity and well-being of the Orthodox Church, such an option to solve the problem seems to be the only one possible. We would also like to recall that the principle of the election of the president for a limited period of five years was initially endorsed in the Statutes of the Commission of the Orthodox Churches in Germany (KOKiD). The change of this principle in favor of a monopoly of the hierarchy of the Constantinople Patriarchate is related to the decisions made by the 4th Pan-Orthodox pre-conciliar conference which took place in June, 6-12, 2009 in Chambésy. These no longer correspond to the requirements and real necessities of the Church in the modern world, taking into account the events that have occurred since, especially during this past year.

We emphasize once again that this proposal is caused by the real needs of the Orthodox Church in the diaspora. We urge you, dear fellow bishops, together with the Russian Orthodox Church, to reinforce your prayers for the unity of Holy Orthodoxy, so that the Church may be preserved from divisions and schisms. We express the hope that by our joint efforts and with God’s help, we will be able to overcome the crisis that has arisen and, in the spirit of love and peace, that we will continue our ministry for the sake of the Holy Church and the people of God all over the world, and especially in Germany, which is under our pastoral care.”