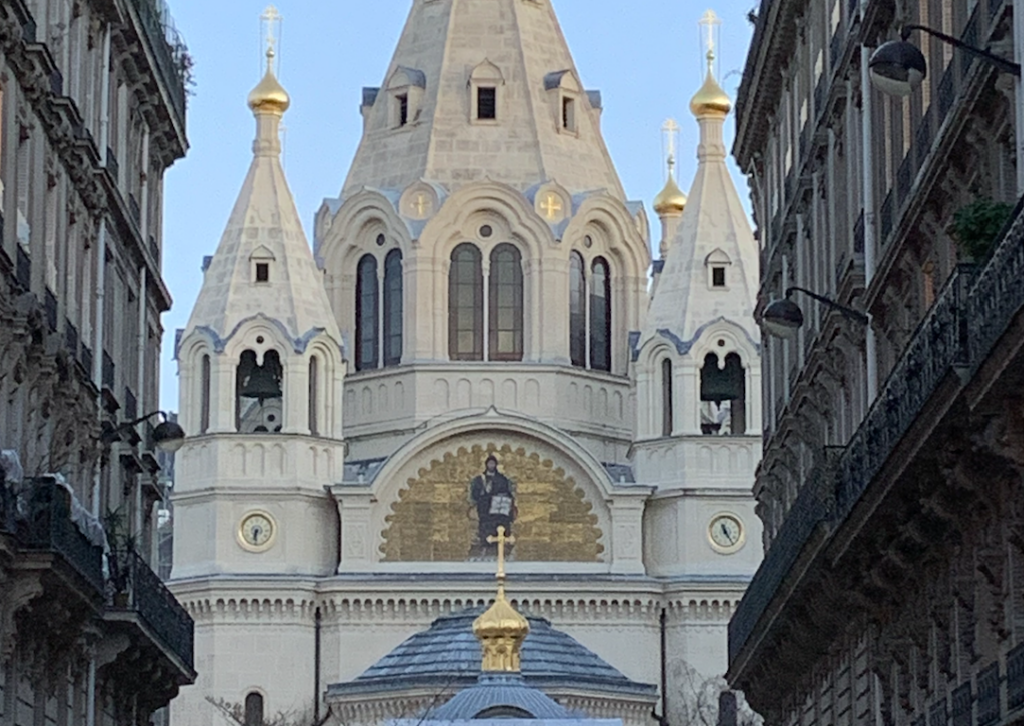 In view of the interventions that have developed since the publication of the documents presented by our Archbishop in preparation for the Extraordinary General Assembly of 7 September, it seems useful, in view of certain analyses or statements that are incorrect or unfounded, to clarify the main orientations of the Archdiocese’s “project of attachment” to the Moscow Patriarchate as it actually presents itself.

1) The proposed text is not that of new statutes, but that of a Charter (Gramota, equivalent to the Tomos) whose purpose is to ensure a canonical existence for the Archdiocese with the total preservation of its identity (Moscow Council), (territorial) integrity and mode of functioning (administrative and financial autonomy) as set out in the current statutes (and abolished by the Patriarchate of Constantinople).

2) At the same time, the Archdiocese keeps its legal existence under French law, which will ensure its autonomy as always today:

-Sovereignty of the General Meeting (Ordinary and Extraordinary) empowered, in particular, to oppose, as at present, a deletion or dilution;

-Administrative and financial autonomy of the parishes that keep their status as religious associations in France (or equivalent in other countries);

-The Archbishop (ruling hierarchical head) exercises the full rights provided for by the canons, including the exclusive right to ordain and assign priests to parishes, to grant canonical holidays, to create new parishes or new monasteries.

3) Election of Bishops: this sensitive point seems to give rise to particularly incorrect analyses of the project. The provisions must, therefore, be evaluated in the light of the provisions which until now had been those of the Archdiocese, as laid down since the 1999 Tomos was granted by the Patriarchate of Constantinople.

On this question, a revision is indeed planned in order to clarify and consolidate the specific status of the Archdiocese recognized by the Patriarchate of Moscow because of its very history:

(i) The initiative to propose nominations is identical to the one currently in place (contrary to some assertions):

– for vicar (or auxiliary) bishops, it is returned to the Archbishop after consultation with the Episcopal Committee (currently non-existent) and the Council of the Archdiocese. NB: a) Nothing prevents the Archbishop from consulting the parishes in advance; b) For the record, until 1999 the initiative for vicar bishops belonged to the Archbishop who transmitted directly to the Patriarchate for canonical election by the Holy Synod. Thus Bishop Paul de Tracheia (Peter Alderson) was directly elected by the Holy Synod of Constantinople.

On the other hand, in the draft, a complementary provision provides for the possibility for the Archdiocesan Council, after receiving the list provided by the Patriarch (Moscow Patriarchate) to make a new proposal of candidates (See below the comparative table of the existing and the draft). This provision, far from constituting a “blocking lock”, therefore opens the possibility of prior negotiation for the establishment of the final list, and this, before the meeting of the Extraordinary General Assembly.

(iii) Election: In the current situation, since the 1999 Tomos, the election of the Archbishop and Auxiliary Bishops is considered by the Patriarchate of Constantinople as a pre-election, i.e. a “designation”. The actual canonical election is carried out by the Holy Synod.

In the “attachment project”, the archbishop and auxiliary bishops are elected by the General Assembly (Ordinary or Extraordinary). The Holy Synod of the Moscow Patriarchate carries out the canonical confirmation validation). This provision reinforces the recognition of the specificity of the “autonomy status” of the Archdiocese, confirming that of the Archbishop, a full member of the Moscow Patriarchate episcopate as the “ruling hierarch of the Archdiocese” (and not of the Patriarchal Exarch-Archevêque “honoris causa” as was the case until now).

(iv) The last provision (IX) “the canonical improvement of the presence in Western Europe of the Moscow Patriarchate, represented today by several ecclesiastical structures, requires a thorough discussion with the participation of all interested parties” leaves a real opportunity for reflection on the future of Western local orthodoxy in the spirit of what some are currently referring to (and not automatically a process of dilution of the Archdiocese). Similarly, provision III-12 “the decisions of the Holy Synod of the Russian Orthodox Church shall apply within the Archdiocese, taking into account the specificities of its functioning and in agreement with the Patriarch of Moscow and all Russia… “implies a negotiation as to how the decisions will be implemented.

In short, the project consolidates and stabilizes the status of the Archdiocese in its integrity and autonomy. No provision of the Gramota seems more restrictive in view of what our status was in the Tomos framework and whose precariousness we can witness today. The preservation and maintenance of the identity of the Archdiocese will depend only on the determination of all its members, clergy and laity.

The possibility of electing new auxiliary bishops as soon as the “connecting project” is accepted is envisaged to enable the Archdiocese to break the deadlock and immediately set up an Episcopal Committee.