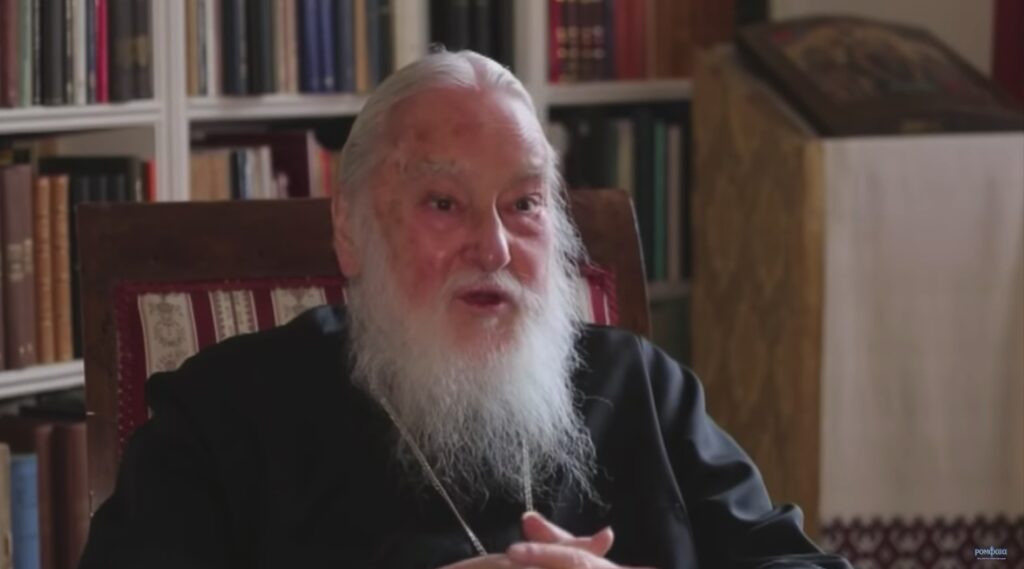 Metropolitan Kallistos (Ware) of Diokleia (Patriarchate of Constantinople) was interviewed by the Ukrainian TV channel “Inter”. You can watch the video in English or read our transcription:

What is the way forward? I’m not at all sure, because the two sides, Constantinople and Moscow have taken up positions that are directly opposed, and how can we find a compromise? I’m not clear what is the best way forward, but certainly a solution cannot be found through the use of force, it must come through mutual discussion. So I hope that there could be us a discussion of the problems in Ukraine, by a Pan-Orthodox meeting of the primates of the Orthodox Church, all the heads of the Orthodox Church. Even we might convene again the Synod, the Holy and Great Council that was held in Crete in 2016, and at which fortunately the Russian Church was not represented. But we could reconvene this Council, and I hope by God’s grace, the Church of Russia would be there as well.
So the way forward must be through discussion. We call the Orthodox Church a conciliar Church, a soborny Church, and sobornost means respect for the other and listening to the other. So let’s speak to one another, with honesty and truth, but in the love of Christ.