n anticipation of the meeting of heads and representatives of Local Orthodox Churches in the capital city of Jordan, Metropolitan Hilarion, head of the Moscow Patriarchate department for external church relations, told Interfax-Religion portal about what and in what format is to be discussed by this forum. 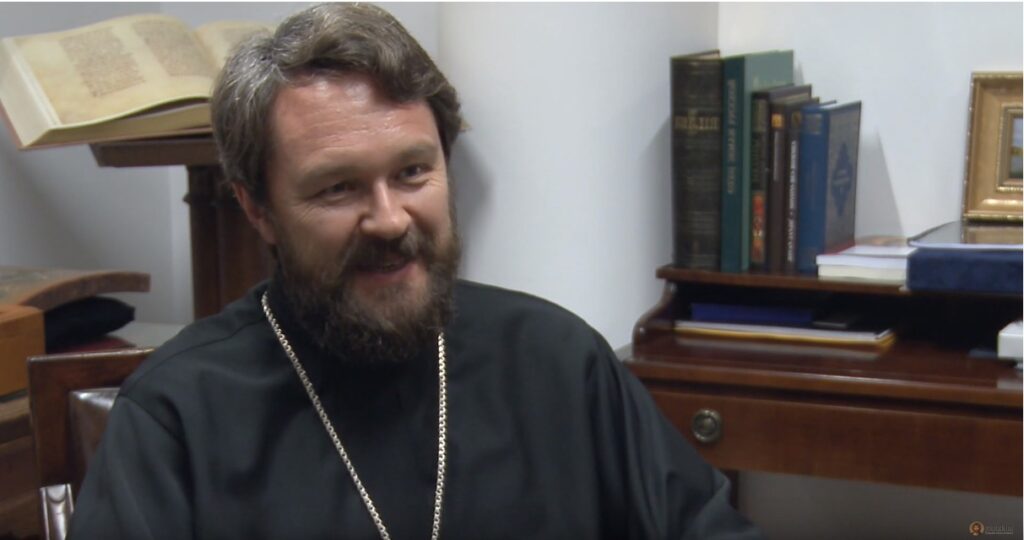 –  Your Eminence, what do you expect from the meeting in Amman?

–   We expect a fraternal discussion of Primates and representatives of Local Orthodox Churches on problems of concern for the Orthodox world today. There are many such problems and attempts to present them as if they are being solved or have already been solved can only be misleading.

For instance, the Patriarchate of Constantinople has stated that it has already “solved” the problem of the Ukrainian schism. But it is impossible to heal a schism simply through legalizing the actions of schismatics – without their repentance and re-consecration of those who name themselves hierarchs actually without being in any holy order.

In the Orthodox Church, only those can be considered bishops who were consecrated by two or three bishops who have the right to do it. The present hierarchy of the OCU are persons who have no canonical consecration. One of them, for instance, was ordained by two persons, a suspended bishop of the Russian Church and an imposter who pretended to be sometimes Orthodox, sometimes Uniate bishop, sometimes an Anglican pastor, but who had actually nothing except for the ordination as deacon. The persons ordained in this way are popularly called “samosvyaty” [self-ordained clergy]. And Patriarch Bartholomew, without any examination and on the basis of forged document palmed off on him by schismatics, accepted them in communion without repentance and re-consecration and “restored” them in the rank they have never had in fact.

There were many other breaches made in the process of granting “autocephaly to Ukraine”, as they put it in the Patriarchate of Constantinople. And the main breach is that autocephaly was given to a group of schismatics contrary to the will of the canonical Ukrainian Church which unites twelve thousand parishes, over two hundred fifty monasteries and millions of the faithful. She did not ask for autocephaly but there were attempts to impose it on her. When she rejected it, the tomos was given to an alternative group.

–   Will His Beatitude Metropolitan Onufriy attend the meeting?

– Are you not afraid that the absence of a number of Local Churches from Amman will make the meeting not authoritative enough?

–   We are ready to discuss inter-Orthodox problems in any format, bilateral, trilateral, multi-lateral. The Patriarch of Jerusalem has invited all the universally recognized Local Churches to attend. Some have agreed while others have refused to come. The Council of Crete convened by the Patriarch of Constantinople in 2016 was not attended by all either. And the point here is not a pan-Orthodox council, nor what has come to be called “Synaxis”, an official meeting of the Primates of Churches. It is a fraternal meeting of those who wished to participate and discuss accumulated problems. Someone has to help Orthodox Churches to find a way out of the crisis. Today, the initiative to organize a discussion has been assumed by the Patriarch of Jerusalem, and we are grateful to him for that.

–   Was the refusal of the Patriarchate of Antioch to attend the meeting unexpected for you? How do you explain it?

– And how do you explain the refusal of the Churches of Bulgaria and Georgia?

–   Again, the both Churches have refused in their time to attend the Council of Crete, and each had its own reason for it. The Patriarch of Georgia, for one, explained his refusal by stating that problems should be solved in pan-Orthodox dialogue, that is, with the participation of all the Churches.

The absence of particular Churches from Amman will not make the meeting less significant. In their time, when four Churches announced their refusal to attend the Council of Crete, Patriarch Bartholomew still held it, and the decisions of that council are considered in the Churches who attended it to be obligatory. In Amman, no decisions are supposed to be made. This meeting is not for decision-making but for a fraternal discussion of urgent problems and possible ways of coming out of the crisis.

Let us hope that the Amman meeting will start a process of discussion on common Orthodox problems to be joined with time by other Churches.

–   What problems, along with the Ukrainian one, will be discussed?

–   I suppose that the Serbian Church will wish to discuss the situation in Montenegro where the authorities have introduced a discriminatory law that allows of taking property from the canonical Church and hand it over to other structures. Perhaps, there will also be a discussion of the church situation in Northern Macedonia.

Besides, there are problems that should be considered on the pan-Orthodox level but they were removed from the Council of Crete agenda even before it was convened. In particular, it is the question of who and in what situation has the right to grant autocephaly. During the pre-council process, the Churches agreed in principle that in future autocephaly can be given only with consent of all the universally recognized Local Churches. However, Constantinople first managed to make this item disappear from the agenda and now it states that these agreements were invalid and appropriates the sole right to invade in others’ bounds, to reshape the boundaries of Churches, to grant autocephaly to whoever they fancy, including schismatics lacking canonical ordinations.

We have encountered an unprecedented situation generated by the actions of one of the Primates. He has thought himself “the first without equals”, who has a right to act unilaterally, without the consent of other Churches. In this situation, the Primates and representatives of Local Churches have something to discuss and think about.