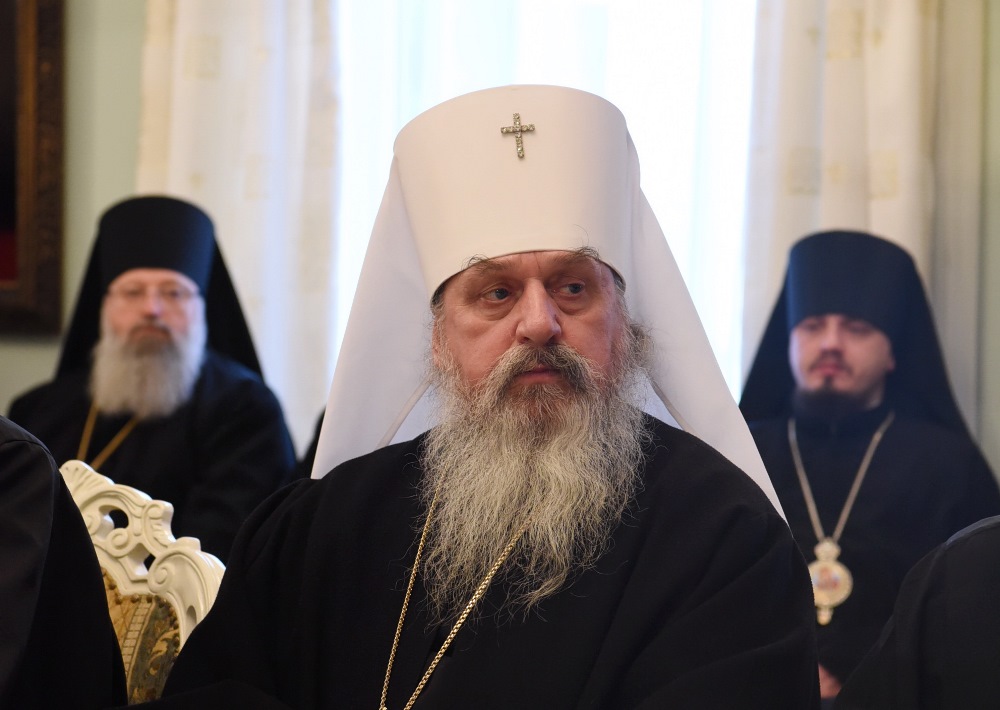 The correspondent of the site “Credo.Press” considers that the very radical content of this text, previously published on the metropolitan’s blog, was perceived in the new autocephalous Church as the sign of “patriarch” Filaret’s passage to “the opposition”, and even as the choice of a political position in the context of the presidential elections in Ukraine.

Metropolitan Joasaph begins his appeal by expressing “the unbearable burden that has been consuming and gnawing at his soul for two months already”. According to him, “there is obvious iniquity” in the new Ukrainian Church. Metropolitan Joasaph, a former permanent member of the “Kyiv Patriarchate” Synod, writes that “before our eyes, with our involuntary participation, a coup d’etat took place.” Through it, ” the primate of the Church was changed through deception, and the Church itself was led on a false path”.
The Metropolitan criticizes the very preparation of the granting of the Tomos of autocephaly. It “was conducted in a kind of secret campaign in the patriarch’s entourage, with Metropolitan Epifaniy, Archbishops Evstratiy and Agapit. Everything that happened was presented as half rumors, fragmentary half hypotheses, nobody knew exactly the situation. It is true that ‘the enemy press’ had already written that the patriarch’s young entourage had a secret plan to remove the Patriarch [Filaret] from the leadership of the Church, but no one believed it.
The prohibition of Patriarch Filaret to present his candidacy for the election of the primate of the new Church, according to Metropolitan Joasaph, contradicts the canons, as “all bishops have the right to be elected”. According to Metropolitan Joasaph, the agreement to have Metropolitan Epifaniy accepted by the “patriarch” is explained by the guarantees received, according to which “they [patriarch Filaret and Metropolitan Epifaniy] would lead the Church together”.
Metropolitan Joasaph also considers the adoption of the statutes of the new Church as uncanonical: “we had not seen them once, we had only heard rumors from Archbishop Evstratiy, fragments of information from the Internet. As for the draft text as it was adopted, we received it only two hours before the vote “.

The Metropolitan reflects on the problem of the parishes of the new Church in the diaspora which, according to the Tomos and the new statutes, must be handed to the jurisdiction of the Constantinople Patriarchate. “According to rumors coming from the participants in the negotiations (Metropolitan Epifaniy and Archbishop Evstratiy), writes the author of the appeal, the question of the diaspora has been solved in the following way: although this requirement is in the statutes, it will not be implemented. The full diaspora will remain in our Church”.

Then, Metropolitan Joasaph criticizes the composition and activity of the Synod, which was formed quite arbitrarily, at the primate’s discretion. Thus “the principle of conciliarity has been rejected.” The Metropolitan is troubled by the internal division within the new Church, since the minority of the hierarchs concelebrate with “Patriarch” Filaret at St. Vladimir’s Cathedral for solemn celebrations, while the majority concelebrate with Metropolitan Epifaniy at St. Michael’s Monastery.
It was because of his disagreement that the patriarch was absent from Metropolitan Epifaniy’s enthronement as the primate.

Metropolitan Joasaph presents his impressions of the new Synod first session: “No one knew its composition. The list was neither announced nor printed. Everyone asked and was perplexed. I did not even know if I would remain in the Synod. We could not ask anyone. I decided to go to the beginning of the Synod session and question the primate himself about my personal case. The Synod was to begin at 11am. I arrived early and the session had already begun. And I involuntarily witnessed this first session of the Synod. I heard everything. To say that I was shocked by what was happening at the Synod is an understatement!!!”

The author of the appeal then focuses on the question of Patriarch Filaret’s appointment as the administrator of the Kyiv Patriarchate former parishes in this city: “They simply started to make fun of the old metropolitan! Metropolitan Simeon and Bishop Herman were very good at it, Metropolitan Makariy took part as well. In a disrespectful tone, not to say boorish, they demanded that the patriarch be deprived of the right to administer the parishes. The bishops of the former Kyiv Patriarchate remained silent, thus giving the possibility of making fun of the patriarch. You read in the Synod protocols that “the honorary patriarch Filaret was confirmed in his functions as the administrator of the Kyiv parishes”. In fact, he was confirmed only after declaring that he wanted to leave the Synod session and wanted address the public opinion with a statement”.

The appeal ends with accusations against the young hierarchs of the new Church. According to Metropolitan Joasaph, they have betrayed their patriarch and are guilty of the sin of lies.

Several bishops of the former Kyiv Patriarchate have criticized Metropolitan Joasaph’s position. Metropolitan Adrian (Starina) of Bogorodsk, another Russian hierarch of the new structure, considers that Metropolitan Joasaph had been upset, because for 20 years, he had been a permanent member of the Synod, had received the position of exarch of the new structure in Russia, and was accustomed to having a high status in the Church.
Metropolitan Joasaph (Vasilikiv) of Ivano-Frankivsk expressed concern that the public controversy over the status of the new Church and its leadership might cause “the recall of Tomos”.
On his blog, Archbishop Evstratiy (Zorya), the spokesman of the new Church, mentions the beginning of a campaign “of discreditation of all the people and institutions related to the granting of the Tomos”, without expressly referring to Filaret and Metropolitan Joasaph. He considers that the purpose of this campaign is to compel the patriarch of Constantinople “to annul his decision concerning Ukraine”, thus making the subsequent resolution of “the Ukrainian question” dependent on the position of the Moscow Patriarchate within the “pan-Orthodox consensus” framework. In addition, writes Evstratiy, “the undermining of the Tomos is already used and will later be used as part of the political struggle.”