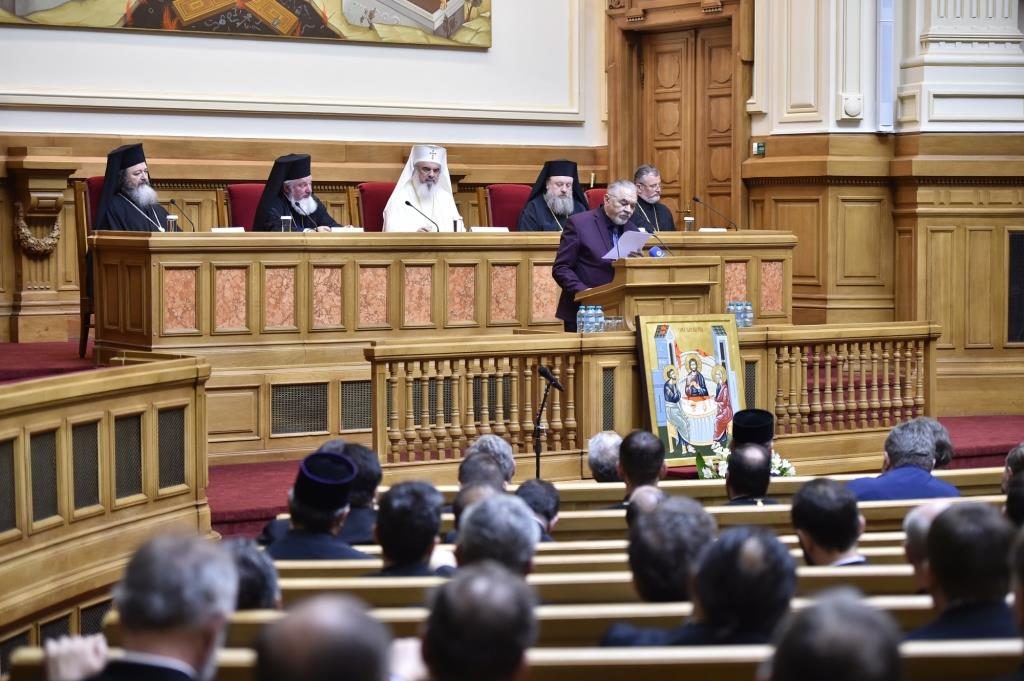 As part of the clergy conference in Bucharest and Ilfov, Patriarch Daniel presented a series of concrete proposals to improve the current situation in Romanian villages. The patriarch’s proposals focus on different activities and areas:

1. Twinning of the most affluent parishes in urban areas with the poorest parishes in rural areas, in order to offer fraternal and spiritual encouragement, as well as material support (financial, food, clothing, building materials for the church and parish house, and for social-pastoral activities).

2. Organization of libraries through books donation.

3. Granting scholarships to smart and hard-working village students, so that they can continue school in rural areas, and eventually in urban areas.

4. Purchase, renovation, and equipment of village houses with a garden, by urban parishes, to be used as holiday centers, and to develop activities for the villages.

5. Encouragement and concrete help to villages, for them to keep and honor the memory of the ancestors, by the maintenance of cemeteries, crosses of the heroes, and also by providing information in order to write monographs for each Romanian village.

6. Organization of youth camps in villages, in view of pilgrimages, cultural, social, charitable, and ecological activities in rural areas, in collaboration with village priests and local authorities.

The works of the biannual pastoral missionary conference of the clergy of the archdiocese of Bucharest, took place in the context of the event “2019 – Solemn Year of the Romanian Village”. They were chaired by the Patriarch of Romania. The event took place in the patriarchal palace of the capital, in the presence of the assistant bishops Varlaam of Ploieşti, Ieronim of Sinaia, and Timothy of Prahova. Were also present more than 800 members of the clergy from the deaneries of the capital and of the Ilfov district, including chaplains of charitable institutions (hospitals, social institutions), chaplains of schools and armies, and priests in charge of state cemeteries.

In his address on this occasion, the Patriarch spoke about the spirituality of the Romanian village, as well as its current situation, “Today, the Romanian village is in a certain way crucified between nostalgic idealization and practical abandonment, between traditional identity and precarious survival. Rural areas cover 87.1% of the country’s territory, and approximately 45.7% of the country’s population live in rural areas. The agricultural potential of Romania is very high, but the land is not efficiently cultivated. It’s a country with a rich land, but with many poor peasants! There are many agricultural lands, but they are dispersed. There’s a lot of hope, but few ways to work efficiently and to take full advantage of the harvest. In many Romanian villages, survival farming is practiced. Some villages are very depopulated or even abandoned, they are slowly disappearing from the map of Romania” concluded the patriarch with concern.

Thematic lectures followed. At the end of the meeting, a documentary film made by Trinitas TV on the Romanian village was shown.
The conference was preceded by the Divine Liturgy and a moleben, celebrated in Saint Spyridon the New church, by the patriarchal assistant bishop Varlaam of Ploieşti, in the presence of the priests participating in the conference.