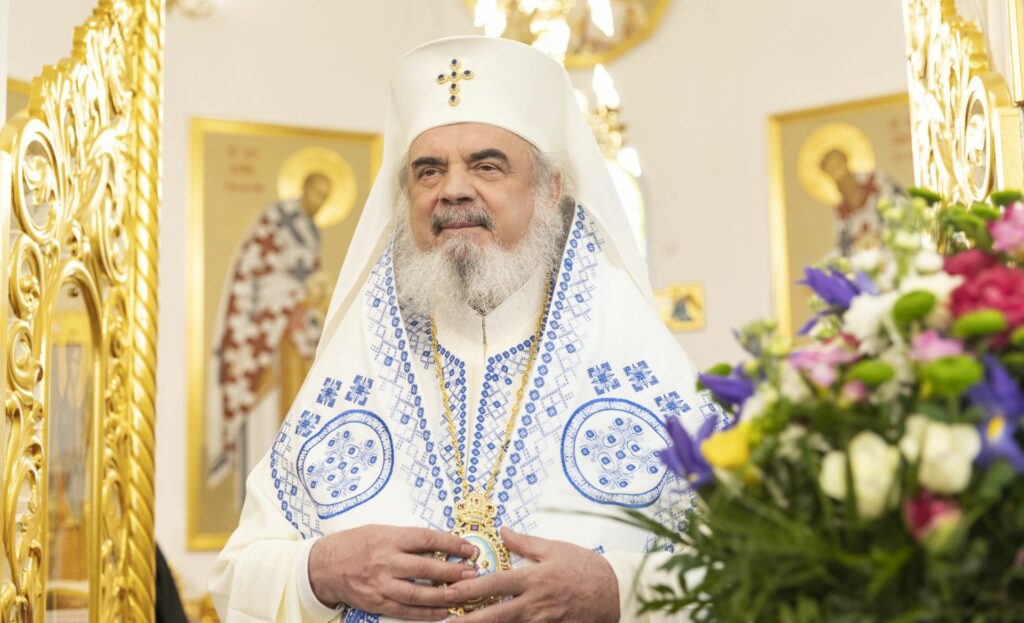 In his homily last Sunday, when the Gospel passage of the day was the parable of Christ in the land of the Gadarenes, Patriarch Daniel emphasized that the Savior preached more through actions than through words:

“After releasing the two demon-possessed men, the Savior exhorted the inhabitants by means of the material losses produced by the drowning of pigs and His departure from their territory. He did not explain anything. He did not teach them a moral lesson. And when they asked him to leave, He left,” said the patriarch.
That is how Christ rebuked the Gadarenes, because their desire for commercial profit through the sale of pigs, considered unclean animals under the Mosaic Law, had become an excessive material preoccupation, an enslavement of the soul.
“They were more concerned with the material values ​​of pigs than with the spiritual healing of their suffering fellow citizens. The loss caused by the drowned pigs seemed to them more important than the benefit of healing the two possessed men.
The Savior Jesus Christ shows us that He did not teach only through words, but also through works, miracles, healings, and through indirect rebukes, using material losses to correct people on the spiritual level,” added the primate, who said that we see here the divine pedagogy: “God has allowed material losses in order to call people to repentance and conversion through them, and to urge them to seek more spiritual than material goods”.
As for the central topic of this Gospel text, namely the healing of the two possessed of Gadara, Patriarch Daniel said it was nothing else but a love lesson from God for those who are tormented and dehumanized by the demons. “His humble and merciful love tormented those demons who had neither humility nor love for God or for humans.”
The primate mentioned that no one had called Jesus Christ to go to Gadara, He went on His own initiative, “because He wanted to be present where humanity was tormented by demons”. “The Lord Jesus Christ, the Divine Physician of souls and bodies, relieves, liberates, and heals people. Those who were strangers to Him, He makes them His own. He gives them health and dignity, as well as the joy of being in communion with him,” continued the patriarch, who further emphasized that this biblical text is disturbing, because it shows “the attitude of the demons towards people, but also that of people towards each other “. “The demons who torment people use these to torment other people,” said the patriarch. “Demons divide people, while God brings them together. Demons torment people because they hate them, knowing they have been called to deification. Demons are jealous, they are perverse,” said the patriarch.

In this context, Patriarch Daniel emphasized that the power of evil spirits is driven out by the daily prayer of the faithful, and by the power of the sign of the cross, filling the soul with the Holy Spirit, so as not to give space to the impure one.

“The power of the Cross is the power of the humble love of Christ, the Son of God. The humility of the almighty love of the crucified and risen Christ frightens demons, for they have no humility, nor love for God,” concluded the patriarch of Romania.