On Thursday, May 9, Archimandrite Aimilianos, the former Hegumen of Simonopetra Monastery, and spiritual father of many monks, nuns and lay people, died at the Monastery of the Annunciation in Ormylia (Chalkidiki) at the age of 85, after a long illness. 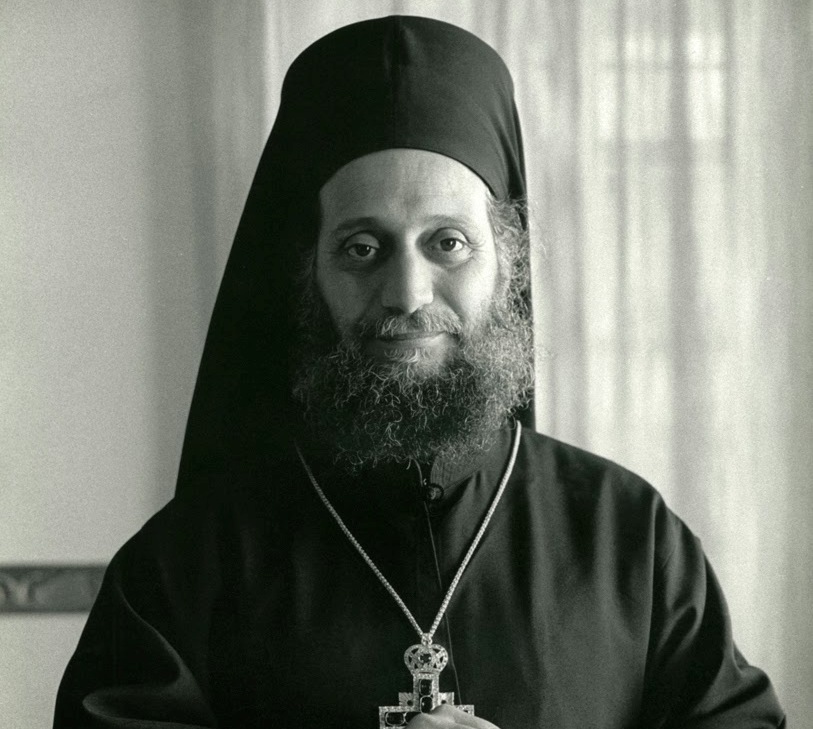 Archimandrite Aimilianos, in the world Alexandros Vafeidis, was the hegumen of the Athonite monastery of Simonopetra from 1973 to the year 2000. He was born in 1934 in Nikaia, near Piraeus, of pious parents, with ancestors from Asia Minor. He studied law at the University of Athens for two years, then studied theology at the same university. During his university years, with other high school friends who shared the same interests, he developed an important activity, organizing catechism classes, homilies, and other works where his spiritual and organizational gifts were manifested. At the end of his studies, in the spirit of the time, he first thought of missionary work. However, he decided it would be better to prepare for it in a monastery, under the direction of Metropolitan Dionysios of Trikala and Stagi.
Father Aimilianos went to Trikala in 1960. Metropolitan Dionysios tonsured him a monk and gave him the name of Aimilianos. He was then enrolled in St. Bessarion Monastery in Dousikou. On the 11th of the same month, he was ordained a deacon at St. Paraskeve Church in Trikala, and was later sent to different monasteries of Meteora, which suffered from the lack of monks.
In 1961, Father Aimilianos was ordained a priest at the Vytouma Monastery in Trikala, on the day of the Dormition of the Mother of God. After his priestly ordination, he settled at the monastery of St. Bessarion. At the end of 1961, Metropolitan Dionysios called him back from Dousikou to make him the Hegumen of the “Great Meteoron”, the monastery of the Transfiguration. Along the years, Hegumen Aimilianos gathered around him a dynamic community of young monks. After the death of Metropolitan Dionysios in 1970, the need for a place more suited to monastic life was felt, because of the influx of tourists to Meteora. At the same time, the monastery of Simonopetra, because of their lack of monks, insisted that the young community came to settle there.
Thus in 1973, the community of the Transfiguration of Meteora arrived at Simonopetra. The hegumen of this monastery, Father Haralambos, having died, the community elected Fr. Emilianos as the Hegumen of Simonopetra on November 25, 1973. He was enthroned on December 17 by the Holy Community.
For more than twenty years, Archimandrite Aimilianos was the spiritual guide of the community of Simonopetra, as well as of its metochion, the female monastery of the Annunciation in Ormylia, Chalkidiki. He also welcomed the community of Father Placide Deseille (+2018) in France, with its three annexes. Because of his illness, he had to leave the direction of the monastery in 1995. In 2000, he handed it over to his disciple Father Eliseus. For the same reason, he had to leave his beloved Holy Mountain. He lived during his long illness at the monastery of Ormylia.
He has left us a large number of homilies, a number of which have been translated into English.
The funeral service will be held on Friday, May 10 at the Monastery of the Annunciation in Ormylia.
May his memory be eternal!