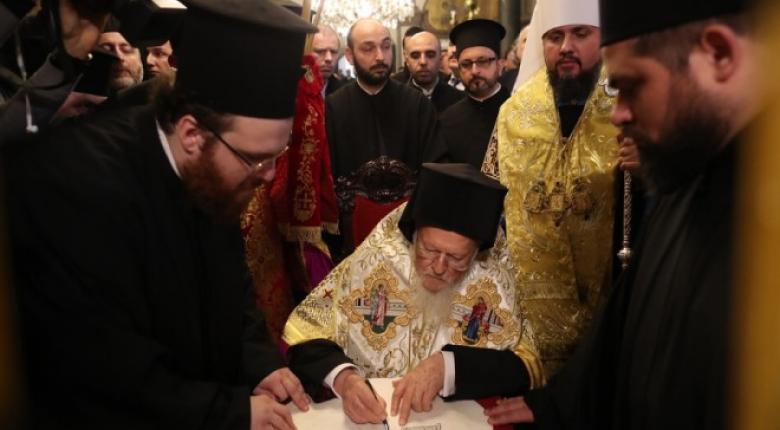 The director of the Ecumenical Patriarchate Press and Communication Office, Nikos Papachristou, issued the following communiqué:

“Allegations or information from anyone claiming that the Ecumenical Patriarchate, in order to grant the Tomos of Autocephaly to the Orthodox Church of Ukraine, allegedly sought and received, or requested, any form of compensation, financial or other, whether from political or ecclesiastical persons, is absolutely false, unsubstantiated and slanderous. At the same time, such allegations are also highly offensive to the Mother Church of Constantinople, from which nine other local Churches, including Moscow, received their Autocephaly, through analogous and similar processes.

It is characteristic that the Ecumenical Patriarch, in a recent speech referring to the granting of Autocephaly to the Orthodox Church of Ukraine, pointed out that “the proper ecclesiological response given by the Ecumenical Patriarchate was and is always based on the eternal tradition of the Church, inspired by the Gospel, with respect to the sacred canons and free from any political and diplomatic pressure. Indeed, this must be made clear in the light of the accusations and misinformation circulating on the Internet, the well-known fake news, which is used against the canonical rights of the Ecumenical Patriarchate.”