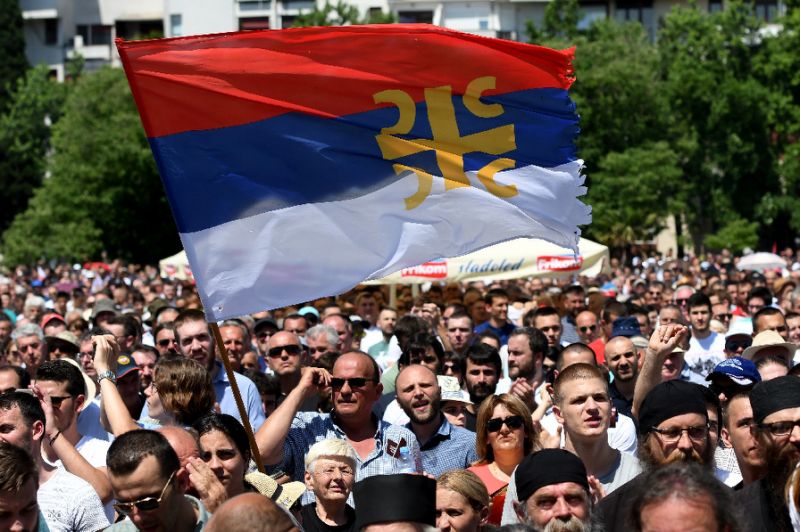 It is a privilege to greet you at Christmastide on behalf of the Bishops in the United States of America, members of the Episcopal Council of the Serbian Orthodox Church in North, Central and South America, praying that this appeal finds you well at the dawn of a New Year and New Decade. Relative to the enclosed Communiqué, we call to your urgent attention the blatant abuse of Religious Freedom and the right to own property in the Republic of Montenegro. Following the passing of the “Law on Freedom of Religion or Beliefs and Legal Status of Religious Communities” by the Parliament of Montenegro, brutal confrontation has been used against peaceful Orthodox Christian protestors, who are merely attempting to shield their sacred shrines from a hostile takeover. This present law appears to be a pretext for the confiscation of religious properties erected before 1918 and without formal documentation of ownership. In the case of traditional religions, such as the Orthodox Church, which has a formal presence spanning eight centuries, this implies the loss of cultural heritage and religious patrimony. Mr. President, gratefully you have made Religious Freedom a top priority in your foreign policy. In the name of our faithful, Serbian-American citizens and residents of the United States, we call upon you, our Government and its institutions, as well as the non-governmental sectors that monitor International Religious Freedom and Human Rights, to intervene with the Government of Montenegro to immediately cease and desist from faith-based persecution and seizure of centuries-old places of worship. Respectfully yours,