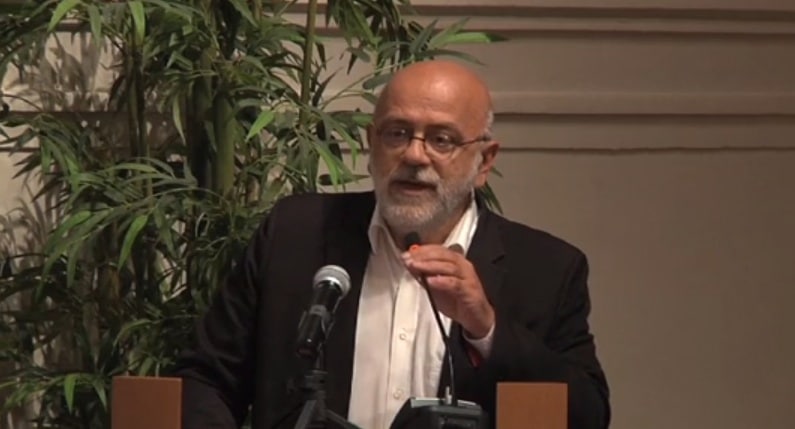 Sunday, January 27, 2019, Feast of the translation of the relics of St. John Chrysostom.

For more than a quarter of a century, since the fall of 1990, I have been devoting a significant part of my life to St. Sergius Institute, striving to give to younger generations a bit of the theological education I received from my elders. Three years ago, in June 2015, my colleagues asked me to be its president, believing that both my public life and my professional experience would be useful to them in order to deal with the difficulties and hostilities our school was facing. At the time, I myself saw in it the opportunity to finally proceed to the essential reforms that I had repeatedly advocated, and that all, administrators, teachers and staff, could only but recognize as imperative. Otherwise, we would fail to maintain and continue the vocation we had to pass on.

I accepted this mission yesterday with a spirit of solidarity, and I give it up today for the sake of truth.

With regret, I have to admit that the conditions for the full recovery of St. Sergius are not met, beginning with the fruitful exercise of the presidency with which I have been entrusted. No doubt I have my part of responsibility in this failure, though I have carried out this mandate from end to end for free, and have lost in it time, energy, and reputation, marginally. This, however, is the law governing this kind of commitment, and I cannot complain.

In 2015, the immediate issue of survival was real. The policy we followed made it possible to deal with the most pressing issues, by promoting a leading culture based on consultation and compliance, on realism and accountability, on transparency and audacity. The decisions we implemented were all discussed and voted on, and almost unanimously. With the Dean, Father Nicolas Cernokrak, we worked towards toward strengthening what we could offer at the educational level, and toward healthy administration, finances, and accounting, with the Vice-President, François Guès. May they find here the expression of my gratitude, as well as those who understood these necessities and went with them.

The assessment is therefore not completely negative. It remains insufficient, however. The Institute needs a spiritual re-foundation and a strategic reorientation. The outlines can be found in the programmatic speech I delivered during the official February 7, 2016 session. To shape the future, we cannot limit ourselves to a sudden burst of energy or to plugging gaps. To prepare for tomorrow, we need as early as today to undertake a complete renovation in keeping with contemporary challenges, we need a firm, articulated, and creative response to the evangelization that Christ expects from us, and in the first place, our own evangelization.

However, I have to admit that internally, too many minds are not ripe. They are yielding to illusory nostalgia, and to a scattered activity which is disastrous for the achievement of any demanding project. I must also admit that this pitfall, which only the conversion of each person can avoid, coincides with the spirit of isolationism and anarchy that Orthodoxy is currently experiencing at the local and universal levels. Lastly, I must lament that the worst blows against the Institute in the last three years, without it being the place to discuss at length about this issue, have come from an Orthodox microcosm claiming itself to be connected with the Institute, close to it, and allegedly benevolent.

The daunting obstacle is not the adversity, but the lack of vision and ambition.

According to a paradox that is only apparent, the main relief that temporarily reduced the crisis was ecumenical. I cannot thank enough the Protestant Institute of Theology and the Saint-Jacques Dominican convent for their fraternal hospitality in a time of exodus. There is here a great source for meditation and learning for the Orthodox in France.

Saving the Paris St Sergius Orthodox Theological Institute remains on the agenda, though we need to understand this expression in the only sense given to it by the Scriptures, the Fathers, and the Saints, and which is none other than the Resurrection.

But if God wills, God will provide.

Being aware that, thankfully, no one is irreplaceable, resolutely determined to continue and deepen my own theological and philosophical work, and reaffirming my total fidelity to the Church, I remain at the disposal of past, present, and future students. They have always been the only richness of the Institute, for which Christianity and freedom must forever remain synonymous.